"We came in with the mindset that we wanted to win this tournament and we're excited that we were able to do so," said Stanford head coach Conrad Ray. "It was a great field and I felt it was one of the stronger regionals out there. We had a good vibe from the first shot we hit in the practice round."

The Stanford players finished in the top-10, led by sophomore David Chung, who tied for fourth at 206 (-4). Chung finished with a 69 today and finsihed two strokes behind medalist Drew Kitteson of Florida State (204; -6).

Stanford will join the field at the NCAA Championships, June 1-6 at the Honors Course in Chattanooga, Tenn., where it will be in search of its ninth national title.

The Pac-10 will be well represented in the final NCAA event with 8 teams qualifying from the 6 regions.


Pre-event summary:
Play begins with Stanford's players teeing off starting at 8 am. The team consists of Joseph Bramlett, David Chung, Steve Ziegler, Sihwan Kim and Andrew Yun. Five of the 14 teams will advance to the NCAA Finals.

Nine Pac-10 teams have been assigned to the six regions with Oregon, Washington and UCLA also receiving #1 seeds. ASU and Southern Cal are #2 seeds, OSU is a #4 seed, Cal is seeded #6 and Arizona is a #9 seed. Washington State will be represented by an individual player, Kevin Tucker.
Here is the NCAA site showing all the regionals with the seeded teams. The official NCAA website for the Notre Dame regional is here --- participant manuals are included on this website. Here is the Notre Dame Warren Golf Course site.
The Finals will be held June 1-6 at the Honors Course in Chattanooga, Tennessee.
Posted by Bob Stevens at 4:09 PM No comments:

After a recent round played at Cypress Point this email was sent to the membership about the course record round by senior Jordan Cox: 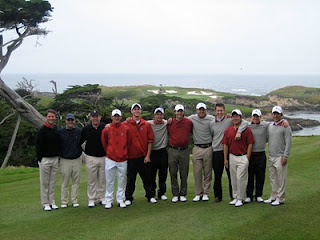 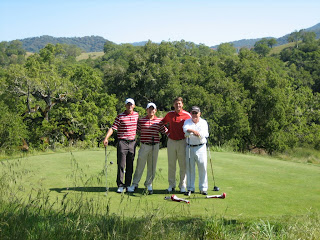 Coach Conrad Ray sends a few photos of a recent Saturday the team spent hosting First Tee kids. Rob Grube, recent winner on the Canadian Tour, joined in the fun.
CLICK ON THE IMAGES TO ENLARGE 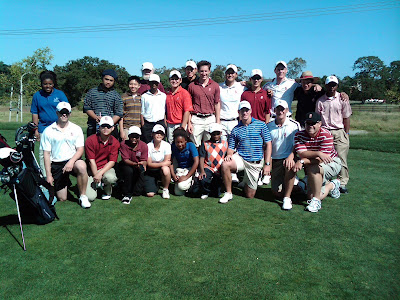 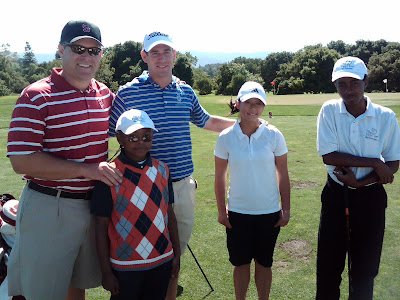 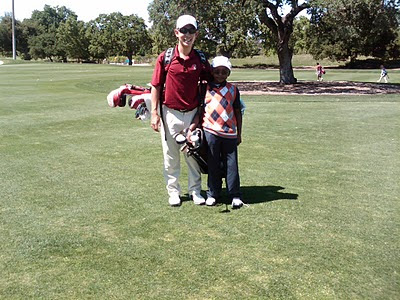 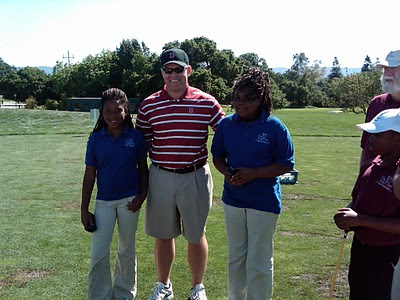 Posted by Bob Stevens at 7:54 AM No comments:

The Pac-10 announced it's all Pac-10 awards and five Cardinal golfers were honored this year including David Chung being named to the first team.  Sihwan Kim and Steve Ziegler were named to the 2nd team while Joseph Bramlett and Andrew Yun were given honorable mention recognition.

David has had four top-10 finishes in 8 events, including two third place results, and has a 71.2 stroke average which is second on the team to Joseph's 70.8 average in 4 events (Joseph missed the first five events due to injury).

Here are the complete results of from the Pac-10 announcement.
Posted by Bob Stevens at 6:52 AM No comments: 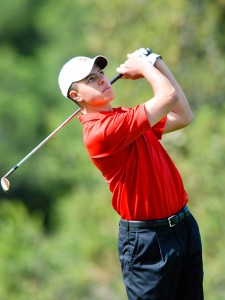 Cardinal falls on final day despite big lead Stanford men’s golf hasn’t won a Pac-10 Championship since 1994, the same year that Tiger Woods was a senior in high school. After two days and three rounds in Tempe, Ariz. at the Karsten Golf Course, however, the team looked poised to end its 16-year drought.

Senior Joseph Bramlett (above) was in contention for an individual Pac-10 championship heading into the final round. A score of 75 in that round doomed him to fourth place, five strokes behind the tournament's champion.

“No matter where you’re playing,” said head coach Conrad Ray, “that’s pretty impressive.”
“We were firing on all cylinders,” Bramlett said. “Monday was the best day of team golf I’ve had at Stanford.”

The Cardinal was 35 strokes under par after two rounds, 13 strokes ahead of second-place Arizona State.

“It was great to be back in that spot,” Bramlett said. “It was so fun for everyone to be doing that well on the same day.”

The Karsten course features a desert layout with few trees and limited water hazards. For the first two days, the wind was a non-factor and left the course exposed to a lot of low scores.
“It’s a course that really allows you to put the pedal to the metal and try to make as many birdies as you can,” Bramlett explained.

On Wednesday, the winds picked up and Stanford failed to repeat the success of the first two days. Read the rest of this article.
Posted by Bob Stevens at 6:26 AM No comments: