Stanford gets its second win at the Prestige at La Quinta, CA. Rodgers wins his 7th event as a Cardinal

Stanford wins The Prestige at PGA West for its second team title while Patrick Rodgers gets his 7th career individual college.  Stanford brought its entire team (except Shane Lebow who is injured) to play in the 14th Prestige held at PGA West's Greg Norman Course in La Quinta, CA.  The strong field included 6 teams from the deep Pac-12 conference.

The final leaderboard is shown below.

“I’m really excited for the team to pick up our second win of the season, and hats off to Washington for a solid round to finish the tournament,” Knowles Family Director of Men’s Golf Conrad Ray said. “Our guys held strong and finished well. We had contributions from all players in the lineup and it was neat to see Patrick Rodgers win another individual title.“We’re looking forward to working on a few loose ends to get ready for our next event.” (Southern Highlands March 7-9).

Patrick's individual win moved him into a 2nd place tie with 4-time All-American Joel Kribel ('99)  on the career win list at Stanford, behind only Tiger Woods' ('96) 11 wins in his two seasons.  Patrick's final round was a steady one with his two birdies and two bogies preserving his 1 shot victory.  Cameron tie for 4th continued his excellent season that finds him #1 on the team with a 69.61 scoring average and 5 our 6 top 10 finishes.  Patrick is close behind Cameron in scoring average at 69.83.


Of special note on the individual front was the play of freshman Jim Liu who charged up the leaderboard to finish tied for 7th overall with rounds of 74-67-68 209 (T7).  Liu's scorecards can be found below.

"Our guys hung in there today and extended our lead, which was the goal going into round two," Knowles Family Director of Men’s Golf Conrad Ray said. "The hole locations were more challenging and the birdies were a little harder to come by. Tomorrow will be good training for our guys to play with a lead, and we hope to come out on top."

Weather conditions in the desert were perfect with temperatures in the mid to high eighties and light winds.  Team and individual scoring is included below.

Round One Results:
It was a great start for the Cardinal on a day when there were light winds under 10 mph, clear and

sunny conditions between 70 and 80+ degrees.  Ideal for scoring --- at least for Stanford which raced to a 15-under 269 total giving them an 11-stroke lead over San Diego State.  Stanford was led by a pair of 65s by Patrick Rodgers and Maverick McNealy placing them first individually, 3 strokes ahead of the four players with 68s including Cameron Wilson.  Patrick's round included 8 birdies and one double bogey as he shot a 30 on the back nine while Maverick had 7 birdies and one bogey and a 31 on his back nine.

David Boote was at even par 71 and Viraat Badhwar shot a 73.  Playing as individuals Jim Liu shot 74, Dominic Francks 76, Patrick Grimes 79 and Keegan English shot an 82.

The top 10 team and individual scoring is shown below followed by the 5 team member scorecards.

Background by gostanford.com
The Event
• Co-hosted by Stanford and UC Davis, the 14th Prestige will be played at PGA West’s Greg Norman Course in La Quinta, Calif.

• In 2013, the Cardinal was fifth at 8-over as Stanford frontrunners Cameron Wilson and Andrew Yun tied for seventh at even-par 213.

The Format
• The three-day, 54-hole event will feature 18 holes each day. The lowest four scores of each team’s five players will comprise the overall team score.

The Course
• The newest course at PGA West and the only Greg Norman-designed golf course in the Coachella Valley is aptly described as being very “challenging but fair.” Sporting only 68 acres of lush manicured turf, 102 white-crushed marble bunkers and shark blue water coming into play on nine holes, the par-72, 7,096-yard course offers a truly Outback experience.

• Resting in a prehistoric ocean bed 40-feet below sea level and surrounded by an immense crescent of terra cotta mountains, the course teems with purple, white and yellow wildflowers, while the mix of tall and short native grasses produce different shades of green running almost to silver. The grass covers just 60 acres of tight fairways that taper toward the greens with nine ponds blanketing 18 acres. The demands of this target-style course are a challenge for players of all levels.

Quotable
• Knowles Family Director of Men’s Golf Conrad Ray previews the Prestige at PGA West …
“Our guys are eager to get down to PGA West and compete. It is a course we know well and have had some success on. If the weather cooperates, the scores are usually fairly low. Our event in Hawaii was a good tune-up. We have focused this week on par-three scoring, which was an area of concern in Hawaii.

“We are looking forward to everyone on the team teeing it up except senior Shane Lebow, who is out due to injury. Experience under pressure and tournament rounds played are solid keys to success down the road, and The Prestige will lend itself to both.”
Posted by Bob Stevens at 7:57 AM No comments: 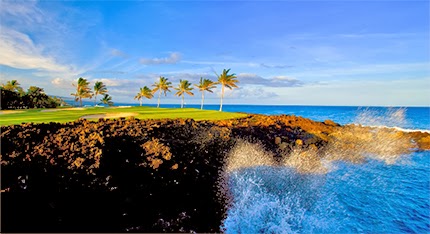 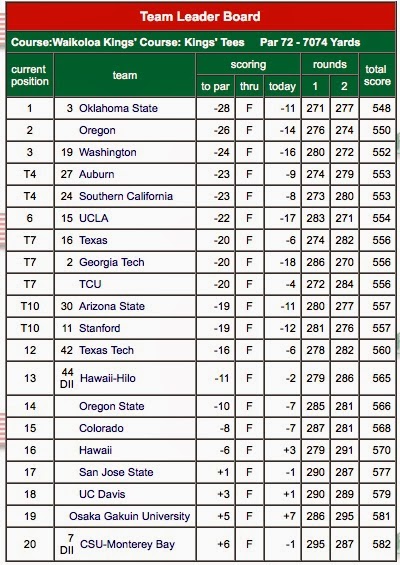 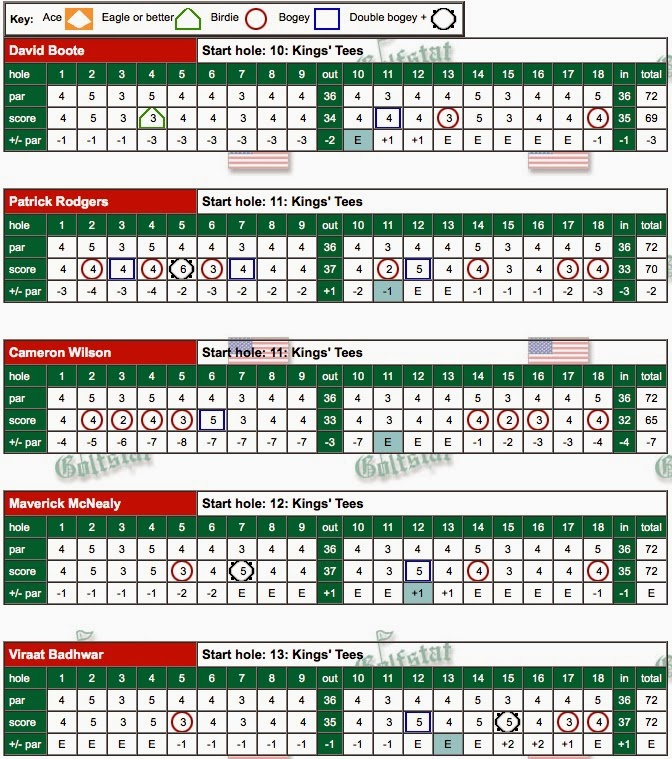 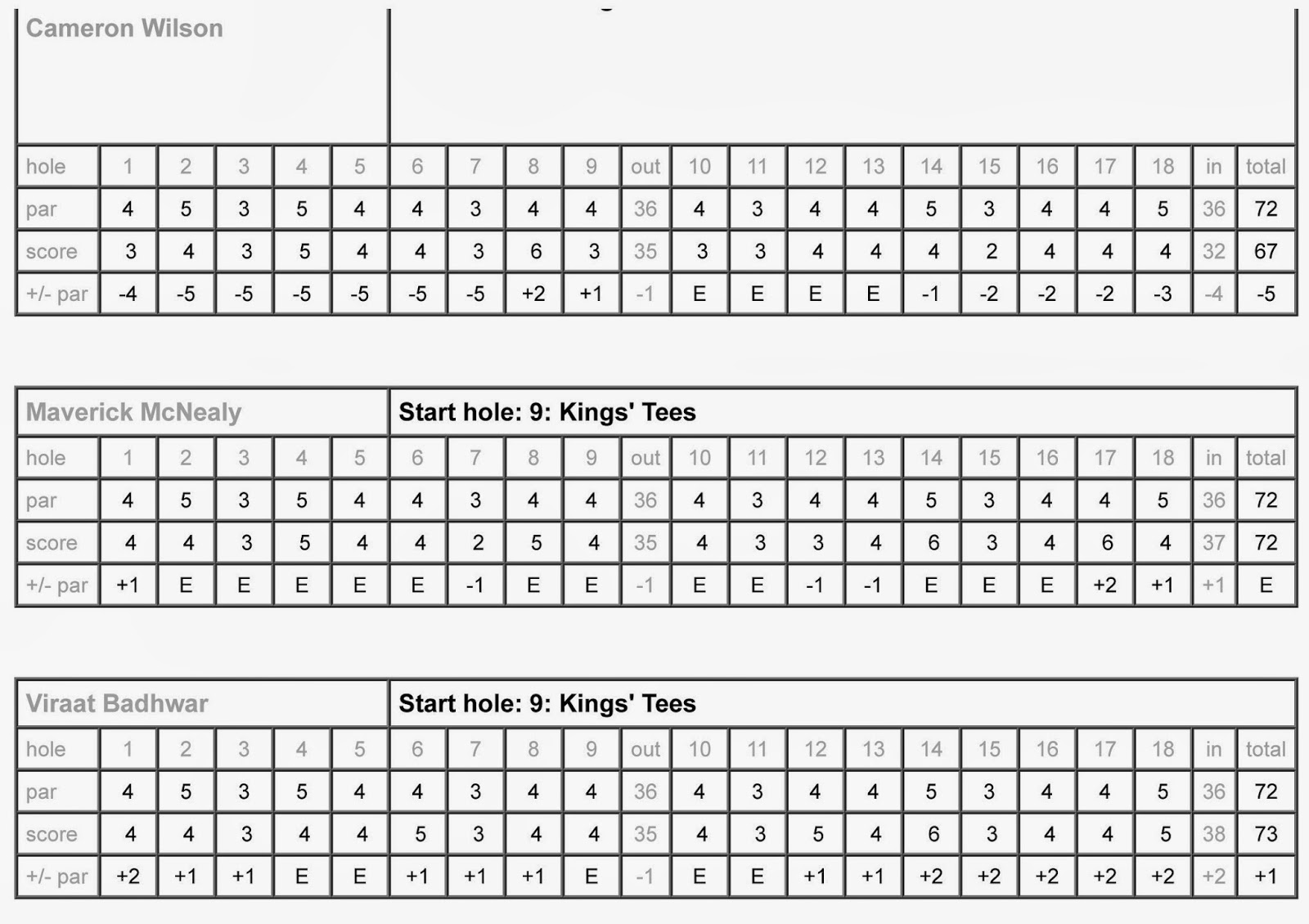 Posted by Bob Stevens at 4:51 PM No comments: