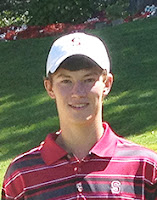 Maverick McNealy is the tenth-ranked player in California according to the Junior Golf Scoreboard and will be graduating from The Harker School in San Jose, Calif. in the spring. A three-time Stanford University Golf Club Men's Champion, McNealy placed third at the 2012 NCGA Junior Amateur at Spyglass Hill. Maverick won the 2012 Stanford club championship with his last three rounds of 69-69-67.  He was also a quarterfinalist at the 2012 U.S. Junior Amateur Championship and 2012 NCGA Amateur Match Play tournament at Spyglass Hill. He is the current course record holder at Sharon Heights Country Club in Menlo Park, CA after carding a 65 (-7). 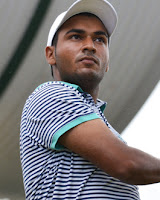 Viraat Badhwar will join the Cardinal from Queensland, Australia, where he is the No. 1-ranked junior golfer in Australia and a student at Kelvin Grove State College. A member of the Australian Junior Golf Squad in 2012, Badhwar has a USGA handicap of +4. He won the 2012 Toyota Junior Golf World Cup in Japan leading Australia to the World Cup title with a 12-under par 72-68-65-67 performance.  Viraat was the runner-up at the 2012 Australian Boys Amateur Championship. Badhwar was ranked as the #1 junior golfer in India from 2005 to 2007 before moving to Australia. Badhwar also recently was awarded the Platinum Award from Kelvin Grove State College for excellence in golf and academics. 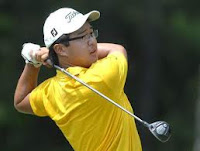 Jim Liu, from Smithtown, NY is the No. 1 ranked high school golfer by Golfweek and the Junior Golf Scoreboard. Liu will graduate from The Knox School in Nissequogue, N.Y. in the spring. Liu is a four-time consecutive AJGA Rolex All-American, and was a member of two victorious junior Ryder Cup teams in 2010 and 2012. Liu advanced through the first stage of qualifying school for the 2012 European Tour, and has collected every USGA Junior Amateur Championship medal (gold, silver, stroke-play, medalist and sectional qualifying medalist). He surpassed Tiger Woods' record at the U.S. Junior Amateur, becoming the youngest champion in the tournaments' history in 2010. Liu also was the runner-up at the 2012 U.S. Junior Amateur Championship and is a four-time U.S. Kids World champion.
"The 2013 Stanford Men's Golf recruiting class may go down as the strongest in our programs history," said Ray. "When we are able to sign a single No. 1-ranked player in a given year it is a big deal, but to have two is very rare. The rigorous nature of the Stanford admissions process is well known and it is a credit to these student-athletes that they have been admitted and are making a great choice in Stanford University. We are very excited to add Maverick, Jim, and Viraat to the Cardinal roster in 2013 to continue our pursuit of the programs ninth national championship."
Posted by Bob Stevens at 6:48 AM No comments:

Final Results
Stanford ended the tournament in 2nd, 8 strokes behind UCLA, following a steady 3rd round played under tougher conditions than the first two days.  The Cardinal was led by Cameron Wilson (61-74-74 209 2nd) who finished in 2nd place individually, only 2 shots behind the winner, Rick Lamb of Tennessee.  As indicated below, Cameron's remarkable 61 in round 1 was a course record and ties for the best round ever shot by a Stanford player in collegiate competition -  Tiger Woods was the other player with a 61 shot in 1996.

Patrick Grimes, playing as an individual, had a solid tournament as he tied for 16th (76-66-75 217 T16) highlighted by his fine 66, the tournament's second lowest round, shot in round two.  Freshman Keegan English finished in 67th place (80-78-75 233 67th) in his first event for the Cardinal.  The fall season is over --- next up is the Hawaii tourney in February.  3rd round scorecards are included below:
Second Round Results
Stanford remained in 2nd place, but fell 11 shots behind UCLA, after a steady even par round led by a solid 2-under 69 by freshman Dominick Francks (74-69 T14).  Dominick's round was unusual in that he had no bogies to go along with 2 birdies.  Cameron Wilson followed up his course record 61 with a 3 over 74, but remains in first place individually at 7 under par (61-74 135 1st).  It's a very common pattern to see an outstanding round followed by a mediocre one so hopefully Cameron can return to form for the final round.

Stanford is in 2nd place as a team, led by an historic, 10-under 61 recorded by junior Cameron Wilson.  The 61 is a new course record at CordeValle, beating PGA Tour pros Nick O'Hern and John Malinger who both shot 62  at this year's Frys.com Open.  Cameron ties Tiger Woods, who also shot a 61 in 1996, for the lowest round ever shot by a Cardinal player in a collegiate tournament.

"Cameron's round today was one of the best in Stanford's golf program history," The Knowles Family Director of Men's Golf Conrad Ray told reporters. "Cameron seemed very comfortable from the first tee shot today. This is his third year competing in the Gifford Intercollegiate Golf Championship, and he likes the CordeValle course."  "Cameron carried us today," said Ray. "We know what he's capable of, and he really showed that out there."

Cameron's round included 11 birdies, 7 on the front nine and a lone bogey leading to a 30, and 4 more on the back nine leading to a 31.  Cameron leads the field on the tough CordeValle links by a full 7 strokes.  Cameron's record scorecard is shown below - click to enlarge:
Patrick Rodgers and David Boote shot 1-over 72s with Patrick's round marred by a double on 15 and bogies on 16 and 17.  Dominick Francks and Steven Kearney each had 74 and Shane Lebow had a 79.  Patrick Grimes shot 76 and Keegan English an 80 playing as individuals.  The team trails UCLA by 3 strokes.

First round scorecards for the team can be found below:

STANFORD, Calif. - The # 17 (Golfstat) Stanford men's golf team wraps up its fall schedule next week as the team travels to CordeValle to compete in the Gifford Collegiate Championship hosted by UCLA. The Cardinal is part of a 10-team field that includes the # 5 Bruins, # 8 USC, # 12 Arkansas, #13 SMU, # 24 Northwestern, Oregon State, Tennessee, Coastal Carolina and Lamar.

The event begins Monday, November 5 and concludes on Wednesday, November 7.
This is the eighth annual event, which honors longtime sponsor and UCLA golf supporter Jack Gifford. Six-man teams will compete in the 54-hole stroke play event, with the five best individual scores in each round counting. The Robert Trent Jones, Jr. designed course will play to 7,282 yards with a par-72 layout.

The Knowles Family Director of Men's Golf Conrad Ray will field a lineup of Patrick Rodgers, winner of two events this season, Cameron Wilson, Dominick Francks, Shane Lebow, Steve Kearney and David Boote.  Patrick Grimes and Keegan English will participate as individuals.  Keegan English, a freshman from Milwaukee and son of former Cardinal golfer Pat English '83, is making his first appearance in a tournament for the Cardinal.