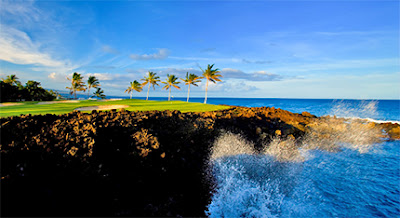 Huang (69-70-69) finished under par in each of his three rounds during the 54-hole event, tying for 13th among individuals on the par-72 Waikoloa Kings’ Course.

"I’m proud of our guys and how they hung in there to knock off our winter rust while playing against some of the top teams in the country on Bermuda grass and against Hawaiian winds," said Conrad Ray, Stanford’s Knowles Family Director of Men’s Golf. "There were a lot of different variables and challenges on the course, and without question we have a long way to go in all areas, but there were also some very positive signs of improvement. It was fun to see Franklin Huang have a very good week on the individual front and his game is trending the right way. We’re excited to look ahead to the The Prestige at PGA West."
Brandon Wu (75-68-71) tied for 37th at 2-under, logging four birdies in his final round. Isaiah Salinda (74-71-70) improved during each round and tied for 41st at 1-under.


Final round scorecards and top 10 team scoring are shown below.

Round 2 Results:
WAIKOLOA, Hawaii - Brandon Wu shaved seven strokes off of his opening-round score to help Stanford jump from 12th to 10th on Friday at the Amer Ari Invitational. Wu followed a 75 with a 4-under-par 68 while moving from 75th to 40th in the individual race.

Stanford, currently 10th, went 6-under Friday after its opening-round performance of even-par.

Second round scorecards and top team scoring is shown below.
Round 1 Results:
WAIKOLOA, Hawaii - The Stanford men's golf team combined to post an even-par 288 Thursday in the opening round of the Amer Ari Invitational to christen the spring season.

Texas leads the 18-team field at 9-under on the par-72 Waikoloa Kings' Course, with Stanford in 11th place.

Franklin Huang recorded only one bogey and added four birdies to pace the Cardinal with a 3-under 69. Huang is tied for sixth.

Ashwin Arasu managed six birdies during his round of 1-over for a share of 48th. Isaiah Salinda tied for 64th at 2-over. Henry Shimp managed an even-par 72 for 36th.

Competing as an individual, Bradley Knox was 2-under through four and finished with a 2-under 70 for a share of 17th. He was 4-under on his final 10 holes.

The Lowdown
• No. 11 Stanford starts the spring portion of its 2017-18 schedule this week at the Amer Ari Intercollegiate in Waikoloa, Hawaii. The three-day, 54-hole tournament is hosted by Hawaii-Hilo.

• Stanford’s only win in the event came in 2009, with Notah Begay (1995) claiming the Cardinal’s lone medalist honor.

• Stanford posted four top-15 finishes during the fall portion of the 2017-18 season, including a pair of runner-up finishes (Nike Collegiate Invite and St. Mary’s Invitational).

The Field
• Along with No. 11 Stanford, ranked programs among the 18-team field include No. 1 Oklahoma State, No. 5 Georgia Tech, No. 10 Auburn, No. 14 Texas Tech, No. 15 USC and No. 19 Texas. Arizona State, San Jose State, UC Davis, Hawaii-Hilo, Oregon, Pacific, Oregon State, TCU, Hawaii, Colorado and Osako Gakuin (Japan) round out the field.

• Five teams have competed at every edition of this tournament since 1991 -- Oregon, TCU, USC, Hawaii-Manoa and Hawaii-Hilo. Numerous future PGA stars have played the Amer Ari Intercollegiate, including Tiger Woods, Jordan Spieth, Matt Kuchar and Notah Begay.
Posted by Bob Stevens at 8:44 AM