2017-18 season gets underway at Olympia Fields near Chicago 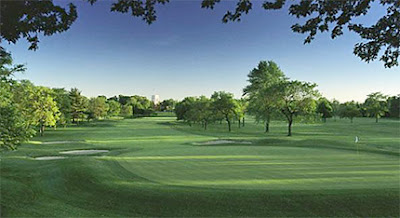 The 2017-18 official season gets underway for Stanford pitting it's preseason ranking at #13 against a very strong national field on the highly acclaimed Olympia Fields Country Club, which has hosted a number of major championships over the years.  The field includes three teams from the Pac-12 and 8 of the top 13 preseason ranked teams.

The traveling squad for this first tournament includes seniors Franklin Huang and Bradley Knox, juniors Brandon Wu and Isaiah Salinda and sophomore Henry Shimp.  After the first round, Stanford is tied for 10th in the 15 team field, 10 strokes behind the 3 co-leaders, Alabama, Oklahoma State and Baylor.

Team results and Stanford 2nd round scorecards are shown below - click to enlarge:


ROUND ONE RESULTS:
The first round team standings and Stanford hole-by-hole results are shown below --- click on the image to enlarge.