Stanford wins the team title and Patrick Rodgers the individual title at Erin Hills in Wisconsin!

Hosted by Marquette, two other Pac 12 teams are in the field including 3rd ranked UCLA and Oregon State.  Stanford carries an 8th place ranking at this time.  Other teams in the field include a ranked Oklahoma squad, Michigan, Wisconsin and an always solid Northwestern team.

FINAL RESULTS:
Stanford wins the team championship by 8 strokes over UCLA with a 13-under par score of 851 and
Patrick Rodgers wins the individual title by 3 strokes at 7-under par on rounds of 68-72-69 209.  This is Patrick's 6th career win in just over two seasons, putting him in 3rd place in Cardinal history behind only Tiger Woods (11) and Joel Kribel (7).

The freshmen including Viraat Badhwar who's waiting in the wings to make his college debut are provided important depth and talent to the team's lineup making the prospects very positive going forward. 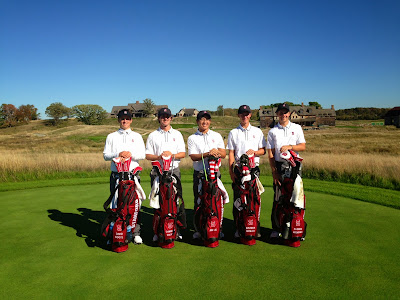 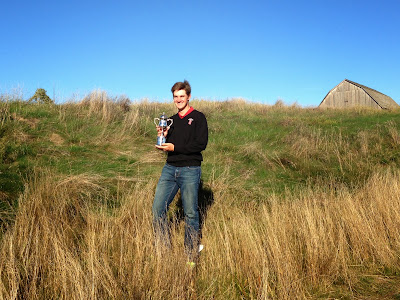 Freshman Jim Liu's 3-under 69 tied for the day's low round as he had 4 birdies and only one bogey.  Patrick's steady round included two birdies and two bogeys while Cameron had 3 bogies offset by an eagle and a birdie.  The individual highlight of the day was a hole in one by David Boote (see photo below) on the 208 yard par 3 sixth hole leading to his even par showing.  Maverick McNealy's round was only marred by his 4-over par play on the par fives as he tallied 4 birdies.  Top 5 team scores and  scorecards are shown below.

ROUND 1 RECAP:  weather low 50s with light winds.
After round 1 Stanford leads the field by 6 strokes with a team total of 8-under 280.   There was solid play by all 5 players, led by a 4-under 68 by Patrick Rodgers, who is tied for 1st individually.  The consistency of Stanford's play was shown in that all 5 players had only a total of 7 bogies on the day, more than offset by 13 birdies and an eagle.


The top 7 teams and individual scorecards are shown below -- click to enlarge:
Posted by Bob Stevens at 6:50 AM