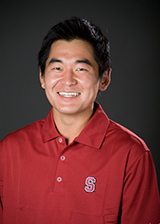 Puyat has appeared in five tournaments this season, but carded a five-under 211 to tie for 17th at The Prestige at PGA West in his collegiate debut. He also tied for 19th at the U.S. Intercollegiate and tied for 25th at the Western Intercollegiate.
Posted by Bob Stevens at 5:46 AM