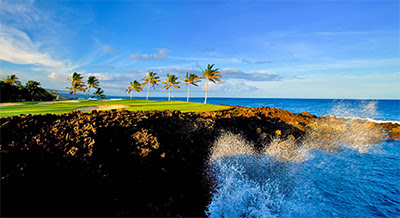 Rodgers enters the spring as the fourth-ranked player in the country, according to the Golfweek/Sagarin rankings. His presence adds tremendous depth to a lineup that features Yun, who earned first team All-American honors last season and Chung, who was a finalist at the 2010 U.S. Amateur.
"I've been around the Stanford program for a lot of years both as a player and a coach and have seen a lot of world class players," said Ray. "I'm not sure if I have seen a player prepare himself better to get tournament-ready than Patrick Rodgers. He prepares himself and manages his game like a seasoned touring pro.
"He pretty much didn't miss a shot in Chicago and won the event against a very strong field. But he also showed he can post scores when he's not playing his best, which is rare for a freshman. The sky is the limit for the kid."
According to Ray, the next step for Yun, who earned first team PING All-America honors last year after carding seven top-5 finishes, is to close the door when he is in contention.
"Winning is a acquired skill," said Ray. "You have to learn how to manage your emotions down the stretch on the back nine and know what you have to do to get in the house with a low score. Andrew's next big goal is to win. He's more fit and has a better handle on his mechanics. If he continues to stay patient, he is going to get through that door.
"The exciting thing is when you have a year like Andrew had last season, your expectations change. He has set a high bar for himself."
Chung is regaining his form that made him one of the top amateur players in the world two years ago when he won the North-South Men's and Western Amateur titles, along with a runner-up finish at the U.S. Amateur.
"If you look back on David's career, he has had stretches where he has been up and down," said Ray. "He is more mature with his approach right now and the results will follow."
Ray has also been pleased with the progress of Wilson and Kearney, two seasoned sophomores who played in every event during the fall.
"Wilson hits shots that others can't hit and Kearney will compete to the end. We feel really good about where those two players are at right now."
Following the Amer Ari Invitational, the Cardinal will have a short turnaround before it competes in the San Diego Intercollegiate Classic, Feb. 12-14. After an appearance at the Southern Highlands Collegiate Masters, March 9-11, the Cardinal will play host to the U.S. Intercollegiate at Stanford Golf Course, March 30-April 1.
The Western Intercollegiate at Pasatiempo Golf Club precedes the Pac-12 Men's Golf Championships, set for Apr. 27-29 at Trysting Tree Golf Club in Corvallis, Ore.
Stanford Golf Course will also play host to the NCAA West Regionals from May 17-19.
This year's NCAA Championships will be held at Riviera Country Club in Pacific Palisades, May 29-June 3.
Posted by Bob Stevens at 11:47 AM