Here's the official press release about Stanford 2011-12 incoming freshman recruits -- more about the three below the press release.


STANFORD, Calif. - The Knowles Family Director of Men's Golf, Conrad Ray, has announced the signing of three talented high school seniors, Patrick Grimes, Marcel Puyat and Patrick Rodgers. All three players will join the Cardinal next fall as part of the Stanford Class of 2015. 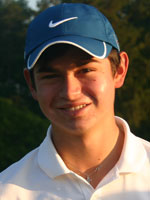 Grimes, who grew up locally in Palo Alto and attends Menlo School in Atherton, CA, is familiar with The Farm. An annual participant in the Stanford Summer Golf Camps, he arrives as a highly rated Northern Californian junior prospect having won the 2008 AJGA Junior All-Star tournament at Marshallia Ranch, the 2008 AJGA Trader Joe’s Junior Championship played at the Castlewood Country Club - Hill Course, and the 2010 Mayacoba Junior Classic.  Other notable performances include the 2010 Central Coast Section title on his way to a sixth place finish at the CIF State Championships in Santa Maria.  semi-finalist showing in the 2010 San Francisco City Championship, 2nd place in the 2010 Palo Alto City Championship and 8th in the 2010 Silicon Valley Amateur. 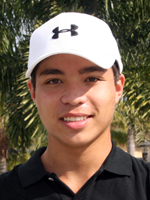 Puyat, resident of Indio, CA will graduate from La Quinta High School. He was born and raised in Manila, Philippines, moved to The States in 2007 and worked his way to a current ranking of 27th in the high school class of 2011 by Golfweek / Sagarin. In 2009 he won his USGA US Men’s Amateur Championship Sectional Qualifier held at Avila Golf Club in Tampa and then went on to reach the round of 16 in the US Men’s Amateur Championships held at Southern Hills Country Club and Cedar Ridge Golf Club, Tulsa, Oklahoma. Likewise, he reached the round of 16 in the 2009 USGA Junior Amateur Championship held over the Trump National Golf Club in Bedminster, New Jersey after winning the sectional qualifier at Hideout Golf Club, Naples, Florida. Puyat was the medalist in both the Junior and Amateur in 2009. Alongside his US tournament record, he joins the Cardinal with many international tournament accolades on his impressive resume. 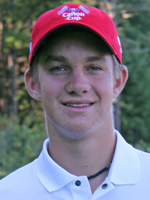 Rodgers, from Avon, IN and Avon High School is currently ranked 7th in the high school class of 2010 by Golfweek / Sagarin and has stood out from his class in both golfing and academic performance. Rodgers is a two-time winner and defending State High School Champion in Indiana. He is a two-time HP Scholastic All-American in 2009 and 2010. Rodgers was named first team Rolex Junior All-American in 2009 and 2010 and Honorable mention in 2008. This recognition was behind the strength of nine top-10 finishes in his career on the AJGA Tour.  Rodgers won his first AJGA event at The SAP Junior Open in 2009. He also was a match play qualifier in the USGA Junior Championship in 2008 and 2009 and competitor in the 2010 US Amateur. Most impressively, Rodgers is ranked No. 1 in his class of 582 at Avon High School.
Coach Conrad Ray’s thoughts on the signee’s “The 2011 recruiting class that we have been able to put together is very exciting for the future of Stanford Golf.  All three players bring so much to the table in terms of their academic and athletic prowess as well as the intangibles like work ethic and personality.  We believe that this class will go down as one of the best we have had come to Stanford in a long time.”
Grimes, Puyat and Rodgers will join the team in fall of 2011.

All three played in the top junior circuit run by the AJGA, although Grimes was less active on that tour.  Here are their summary rankings and top results as reported by AJGA:
Posted by Bob Stevens at 6:30 AM