Hale Irwin didn’t do it, and neither did Steve Jones, Dale Douglass, Bob Byman or Jonathan Kaye. They were all well-known Colorado golf standouts, but none of them accomplished what Broomfield’s Steve Ziegler did this year. 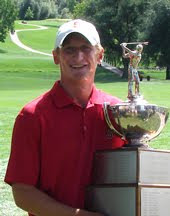 The Stanford golfer, who plays out of The Ranch Country Club, on Sunday became the first player since 1985 to win the CGA Stroke Play and CGA Match Play in the same calendar year.

Ziegler, who wasn’t even born when Brandt Jobe pulled off his sweep of the CGA’s top two tournaments 24 years ago, claimed the Stroke Play title at Lakewood Country Club on Sunday, roughly five weeks after winning the Match Play at Bear Creek Golf Club.

“It’s one of the greatest moments I’ve ever had on a golf course,” the 20-year-old said. Winning both tournaments in the same year “means a lot. I thought about it even before the Match Play. It was a broad, grand goal, and it’s not easy to accomplish. It says a lot that the last player to do it is a mainstay on the PGA Tour.

“I’ve never done anything grander than this.”

Ziegler, a junior-to-be at Stanford, shot back-to-back 4-under-par 67s on the weekend for an 11-under-par 273 total, which was good for a three-shot margin over former University of Colorado golfer Tom Gempel. Gempel, the Pinery Country Club player who also finished second to Ziegler in the Match Play last month, closed with a 69. Click here to read the full article in the Colorado Golf Journal. 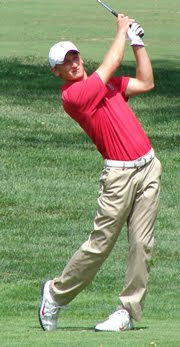